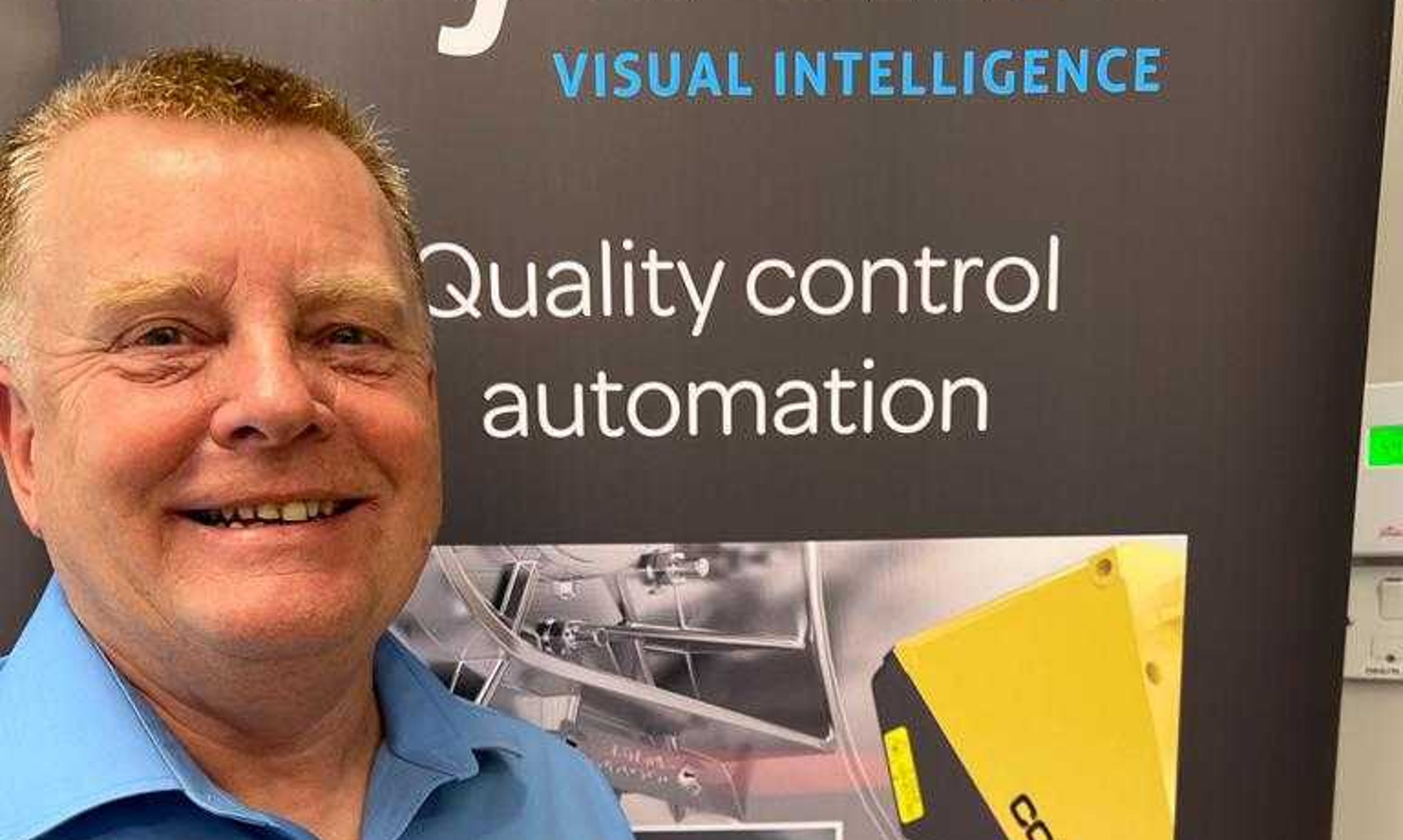 We sat down with Brian Davies, our new technical sales manager, to talk about vision, robots and find out what he’s most looking forward to in his new role.

I was looking at some awards the other day that I’d won while working at Cognex in 2017 and 2018. They were for highest acquisition rates and highest sales growth in the North European sales awards. To have won three awards in one year for the highest acquisition rates and highest growth in North Europe, I was quite chuffed with that. That was probably one of the high points.

I suppose it’s working with people I’ve respected for a long time. At Cognex, I worked alongside Bytronic. They’ve long been one of the key system integrators in the UK. To actually work with them now rather than alongside them is quite a high point. To work with people I respect and admire, with their knowledge and professionalism as well, it’s good to be involved in a company like that.

Bytronic is a company that I’ve backed from afar and I’ve worked with people like John Dunlop, Stewart Jackson and Joe Fraser and we’ve known each other for quite a number of years. Now to work with them is something I’m looking forward to. They are a very professional company so I’m looking forward to working with an outfit like that.

My background is visual and vision. Thermal is no more than a different sensor, in my opinion. What the image is in the first place doesn’t really matter. It’s not just how you visualise something, it’s what you then do with that image. So whether it’s a thermal image, an x-ray image, an infrared image or a vision based image makes no difference really, it’s what you do with it after that is key. That’s what interests me as well. So thermal is just, in my view, one end of the imaging spectrum which includes ultraviolet and infrared. It’s an imaging device which is just the start. It’s what you do with it after that matters.

It was probably a project when I was working for a previous company. Everybody was so desperate to sell something that desperation had crept in and overridden the sales efficacy. It got to a point where I was thinking, actually, this solution is not going to do what the customer is now asking. There was a lot of project creep, but people had invested so much time and effort into it and were thinking “it will work” but in the back of my mind, I was not so convinced anymore.

Part of the sales process though was the fact that we carry on anyway. I think that was a mistake. I should have been braver to have said, “no, this is not going to work and we can’t achieve what you’re now asking us”.

So that was probably the worst mistake, but I learned from it that sometimes you have to be brave enough to say no.

I get the most satisfaction from knowing that I’ve achieved and done a good job. In essence, what I do is a sales role. I still get a buzz from securing an order, particularly from a customer that I’ve been chasing for a while.

Sometimes it can take years to build up that trust with a customer and convince them that you’re the right person to place the business with. When I get that order I still punch the air! It’s a good feeling as everything I know, everything I’ve learned, all of my technical knowledge and sales experience has all been put into place to achieve the end result. That’s still a high point when all of that effort pays off.

I’m going to be boring and say the birth of my first child!

At university I did a degree which included a work placement. So, my very first professional job was working for a military base defence system using FLIR technology to develop infrared imaging systems for tornado fighters. That was my first job aside from small things like cleaning cars occasionally when I was younger.

I must admit I love seeing the massive ABB robots, they’re big welding robots effectively. I always enjoy watching those things in action.

I would say my favourite invention is the motor vehicle. It is still an amazing piece of kit. Where it’s come from and how it’s developed now into electric vehicles is amazing. The concept of transport and the motor vehicle I think is a fantastic step forward in civilization and humanity.

One thing in my life I would like to automate is an autonomous vehicle. I think that is something I would love to actually automate transport to a location. You would not have to drive for three hours to a location if you’re feeling tired for example. That concept of an autonomous vehicle to get to a certain location safely and securely would be great. I’m not sure I believe we’re quite there yet, some technologists would say we are but I don’t think we are just yet. Hopefully one day.