New technology is emerging all the time. Today, we’re looking at some technology that won’t just ena

Vision systems have been in the news over the past few days – with advances in imaging technology that may have far-reaching consequences the vision industry.

The science behind it is complicated but fascinating, with the full scientific paper available on the Science journal site (if you have a subscription).

In short, scientists have used metamaterials to create a lens-less imaging system that could lead to cheap sensors that produce extremely high-resolution images.

So, what are metamaterials? Good question. They are artificial materials engineered to have specific properties that may not be found in nature. Their shape, size, geometry, orientation and arrangement affect light and sound waves in unusual ways.

A specific example of this is a material with a negative refractive index: 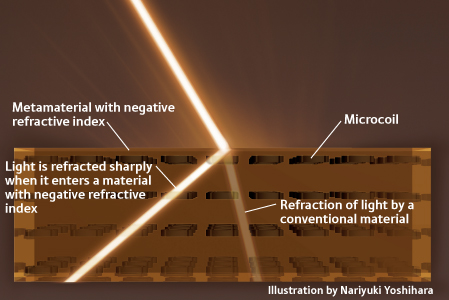 Figure 2: From the iO9 site, illustrating the weirdness that can arise from negative refraction.

Recent primary research on metamaterials has focused on creating materials with a negative refractive index. These materials appear to permit the creation of superlenses with a spatial resolution smaller than the wavelength in question. (We’ll talk more about negative refraction in the future – it’s fascinating stuff!)

The implications of this are profound for the vision industry: such sensors would be able to go beyond the diffraction limit (the maximum pixel dimension imposed by the finite size of the aperture). In other words, the images produced would be limited only by the optical power of the instrument used. The ability to resolve such precise detail in objects would open up a new level of precision for a variety of industries.

The first superlenses, developed in 2004, managed to produce images with resolution three times better than the diffraction limit at microwave frequencies. However, infrared and microwave sensors have proved expensive and bulky up until now…

Figure 3 (from Science): A shows a conventional imaging system, while B and C illustrate compressive imaging.

The science behind this is extremely in-depth – for a full explanation, we suggest that you consult the original research paper!

The new lens-less system uses a sensor that samples infrared and microwave frequencies and compresses them. Current compression systems only reduce image sizes after they are taken, not during the imaging process.

Using a combination of a metamaterial mask/aperture and some elegant mathematics, the system generates an extremely detailed image:

The system does not yet work with visible light, but with current sensors producing 10 images per second, this development could lead to a range of cheap, portable sensors with a variety of everyday and industry uses. For example, a collision avoidance system could be built into cars, or homeowners could make use of a hand-held device that can see through walls to the pipes and wires within.

Advantages for the vision industry…

While this technology only works in the non-visible range at the moment, further development may well lead to an increase in the usable spectrum.  For now, this technology can be developed into a range of systems (such as parking, crash avoidance, etc.). Soon it may prove useful for classic machine vision applications in the visible spectrum.