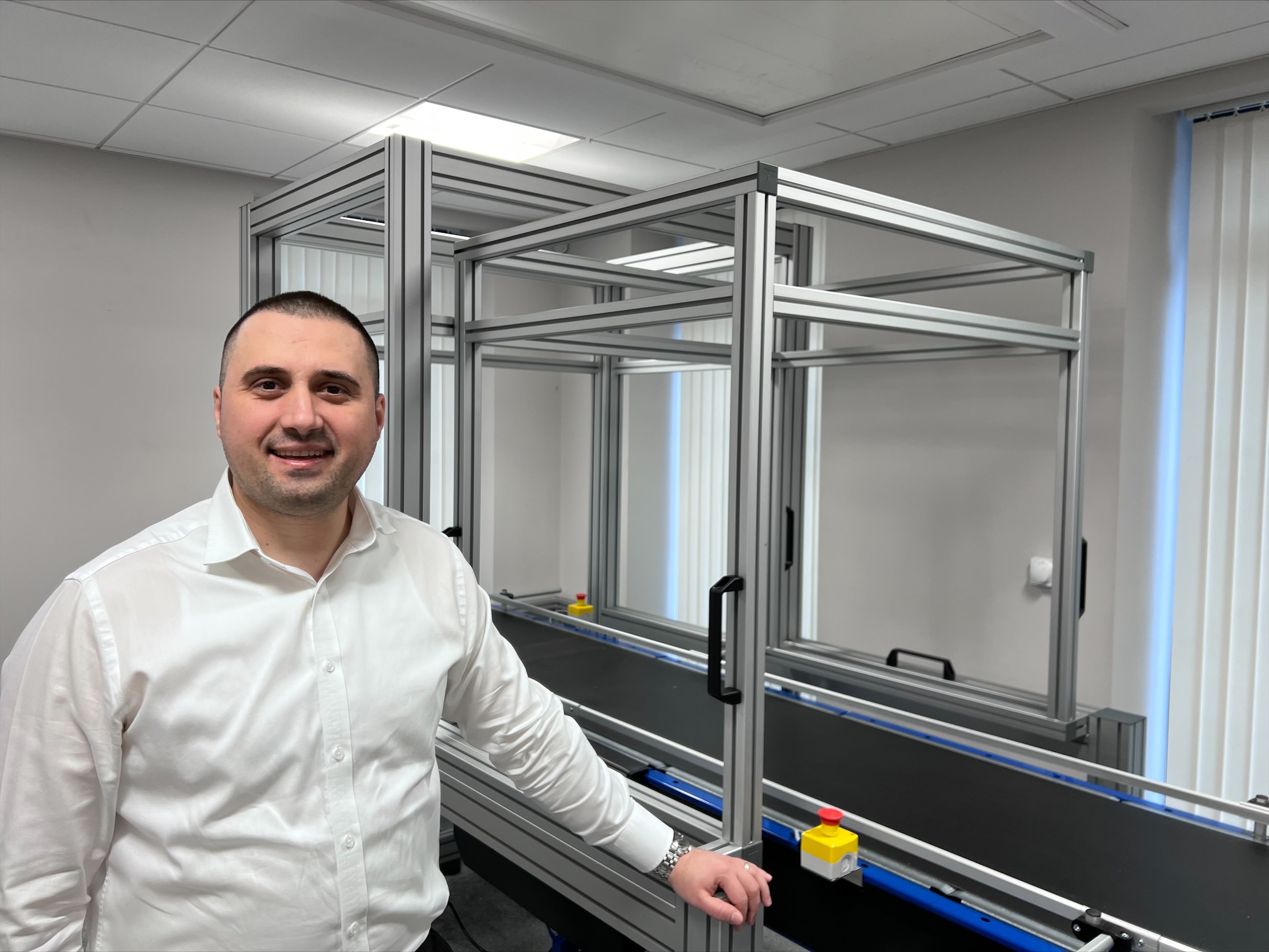 We sat down with Costel Pohrib, our new project manager, to discuss all things work, personal and automation.

What has been your career high so far?

When I started out as a design engineer working in Romania. It was an interesting time for me, working on multiple projects in different countries abroad, in France, Russia and Turkey. I was working in the press shop and body shop, designing assembly lines and tasked with managing project deadlines, design, set-up and implementation.

I’m most excited about seeing my upcoming projects being implemented and delivered successfully.

The whole industry is changing hugely right now, moving steadily towards greater automation. This is the future, and I really wanted to get involved in this, my first full project management role. It’s a great next step in my career and I’m enjoying the challenge, getting to know the team and products better.

Thermal because there are so many areas yet to make the most of it. Visual cameras are widespread, but thermal imaging has some exciting possibilities still to explore.

In a previous role, I had some really difficult times working as a contractor with difficult people in some challenging situations and environments. I still delivered on that job despite its many difficulties, and having to go above and beyond to complete all the work. I’m never afraid of getting my hands dirty.

The morning. At the start of the day it’s the time for organisation that I enjoy most; planning and laying the groundwork for the day ahead.

Oh, that’s an easy one: it was in Paris, when I first saw the Eiffel Tower. It’s not so much the tower itself, but the excitement I felt when I first saw it. I was so excited that day – I took my first flight to get there, and knew that Paris was so busy, so I left the hotel really early to get there. There was no-one out on the streets – not a soul. That morning has stuck with me.

When I was studying, I worked in a small publishing house. I was on the shop floor, using all the machines, assembling the manuals and so on. They’re good memories and they were great times; studying by day and working by night. I learned just how much work is actually involved in manufacturing processes. It instilled a real respect for industry in me.

This would have to be Grendizer, which was my favourite cartoon when I was a child. He was a hero doing good deeds around the world, driving a spaceship – and, of course, that spaceship that had another robot built in, and it could separate from the ship and fight the bad guys – just like transformers.

This is tricky, as my favourite is also the one I hate the most too; the smartphone. I love it because it makes life immeasurably easier, giving you access to everything, everywhere, but at the same time, I hate it because you have less and less control over the private aspects of your life.