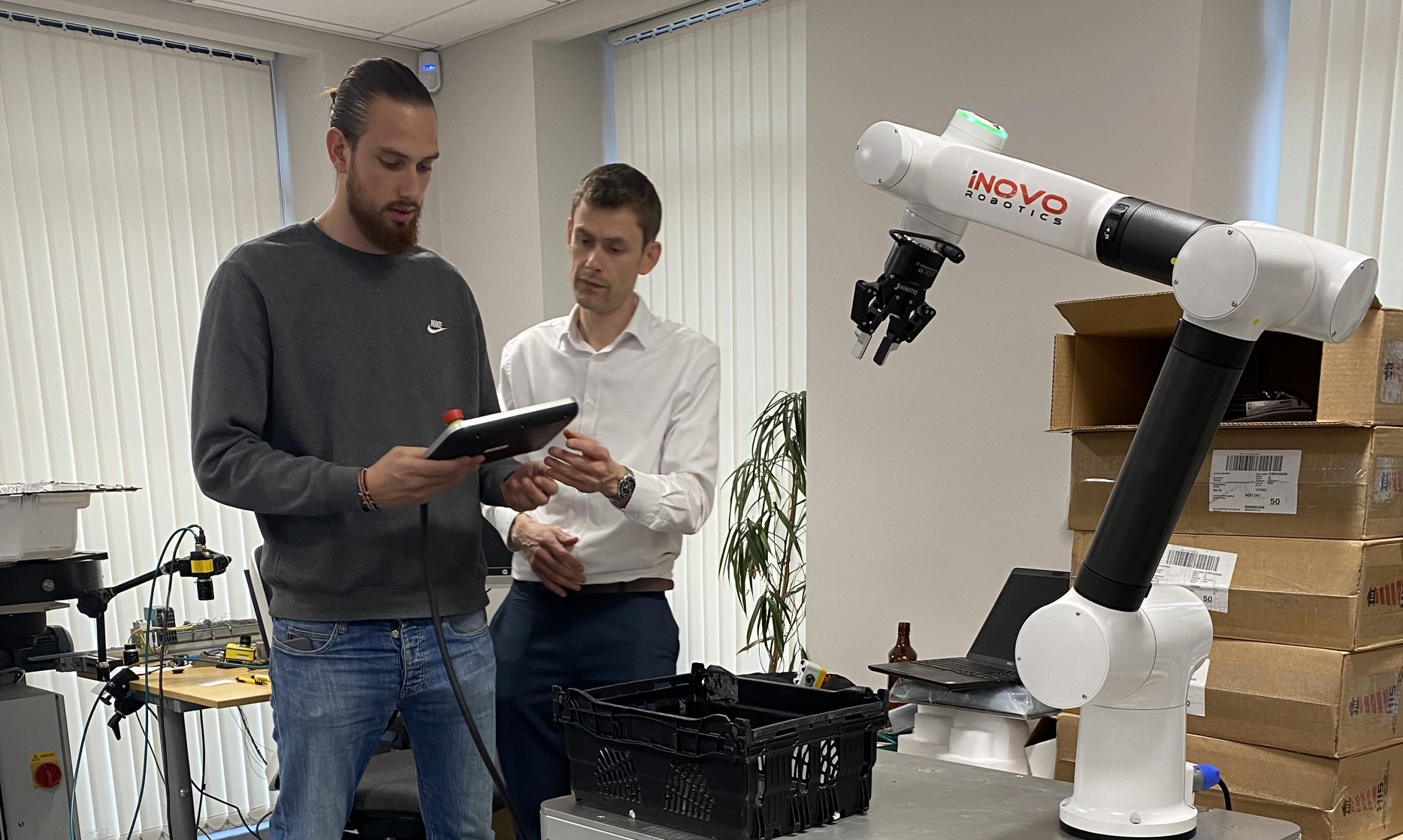 We sat down with George Gentle (left), our new solutions development engineer, to discuss all things work, personal and automation.

Progressing from new graduate to essential robotics programmer within a year. It took me plenty of long days and hard work to get there.

I think automated vision and deep learning is going to be the biggest change to industrial production since the computer chip. We’re at the start of the S-curve, and the potential for new applications over the next decade is going to be huge. I couldn’t miss the opportunity to play my part in that.

I was pulled in by the work, but tied in by the team. A lot has changed for me over the past year, and now’s the right time for me to join a team of like-minded people as I move to a new area to push on in my career. The energy that Martin and the team bring to their work every day is inspiring. It was this that convinced me to join them.

Thermal has plenty of untapped potential, but vision is where the future is being made. Advances in vision are making technology such as driverless cars a reality, and I’m invested professionally and personally in this future.

In my last job I was tasked to learn a new, specific code and apply what I had learnt across numerous areas to upkeep the expected production rate. At that time, the only other person who knew how this worked was on annual leave. The execution tolerances for this application were miniscule and any errors led to damaged parts and halted production. It took me a few attempts before I succeeded, but that made the results all the more satisfying.

The tallest building in the world, the Burj Khalifa. Such a jaw-dropping feat of engineering.

A paper round. Growing up, I was one of five boys, and we all shared a few rounds. We had a pre-planned, synchronised route where we  travelled around in a people carrier with the side door open like a rescue helicopter. We’d work together and then split the money!

The collaborative robot – or cobot. Before industrial automation, my interest in robots all started with prosthetics, and the cobot brings these two worlds together. They are desk-sized robots operated by humans and programmed to work with us, so we have full control. It brings robotics down from the huge industrial scale to a practical day-to-day usefulness that we can all benefit from.

The modern car assembly line. Automated mass production not only transformed vehicle production, but so many other sectors too.