Can you imagine never having seen a clown before? The children from Zellidja Boubker never had.

When our director’s Moroccan wife, Leila, last visited her country she took a hand in Amali’s work (Bytronic’s chosen charity). The village children don’t have much in the way of basic needs like food and clothing, let alone entertainment. So Leila decided to organise something fun for them. 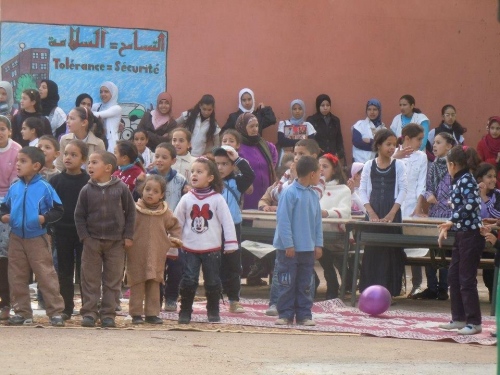 Wide-eyed and open-mouthed, the village children gathered in the square for their first ever circus show. Armed with balloons, telephones (your guess is as good as ours!) and a stage made from chairs, the two clowns embarked upon the ridiculous. 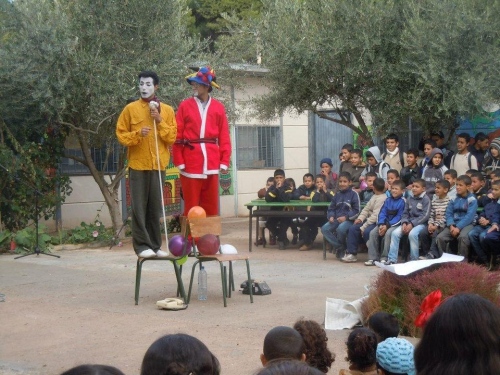 With painted faces, an old-fashioned jester’s hat and an outfit resembling that of Father Christmas, the clowns tumbled, joked and got the children involved – much to the delight of the assembled crowd.

However, the visit wasn’t all fun and games; it had a more serious side. Bytronic also delivered 100 food parcels to help single parents and the poorest of the villagers. This much-needed delivery makes all the difference to the lives of the villagers.

If you’d like to get involved, or find out more about Amali, please get in touch